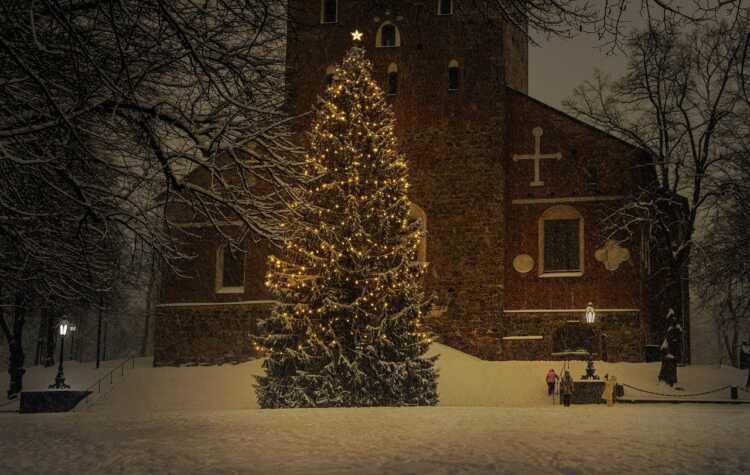 What is Christmas without Christmas trees? For many people, it is unthinkable to celebrate the yuletide without a lavishly decorated tree illuminating the home and ushering in the spirit of the season. In fact, the love for Christmas trees as part of the Christmas tradition is so popular that Christmas trees’ prices shoot up during the celebratory season – not to talk of shortages in some cases. But if you think about it, the Christmas tree tradition is quite a strange one. Every December, people invade the forests to cut down trees to decorate their homes, only to get rid of them after a couple of months like an old toothbrush.

But as popular as Christmas trees have become, they were not originally a part of earlier Christmas celebrations. Indeed, several countries and groups have either claimed to be the Christmas trees’ originators or have strong links to how they came about. Today, Christmas trees’ popularity is widespread, with the tradition being practiced in almost every corner of the earth. So, let’s find out how we got here. Who invented Christmas trees?

The Origins Of Christmas Trees – Myths And Legends

So many myths and legends surround the origins of the Christmas tree. One such history credits Germany with the origin of the Christmas tree tradition. As early as the 16th century, devout Christians in Germany brought decorated trees into their homes to celebrate their faith during the Christmas season. When wood was scarce, some opted to build Christmas pyramids made entirely of wood, taking the time to decorate them with lighted candles and different forms of evergreens.

Many protestant Christians believe that Martin Luther, a protestant reformer in the 16th century, first decorated his Christmas tree with lighted candles. On his way home after one winter evening, after composing a sermon, he noticed with awe the brilliance of the stars twinkling their way through thick evergreens. This image made such a strong impact on the preacher that he decided to recreate the sight for his family. He believed the best way to recapture what he had seen was by erecting a tree in his main room, wiring its branches with lighted candles, and displaying the beautiful structure for anyone who visited. From then on, the rest, they say, is history.

Another story about the origin of the Christmas tree suggests that Saint Boniface cut down an oak tree and hence halted a pagan human sacrifice under it. In place of the oak tree, a fir tree grew, and its branches were considered to represent Christ’s everlasting truth. Others also believe that Boniface hung the fir tree upside down after cutting it, which according to many people, originated the tradition of hanging trees upside down to represent the Holy Trinity. So far, no one has been able to provide enough evidence to cement the stories behind the origin of Christmas trees. So, let’s consider more substantial records.

The Real Origin Of Christmas Trees

The Christmas tree tradition’s real origin appears to have strong links again with what is now present-day Germany – this time, during the middle ages. A guild in Freiburg put up a tree as early as 1914 and decorated it with tinsel, gingerbread, apples, flour-paste wafers. This tree’s main purpose was to represent Adam and Eve’s feast days of biblical origins in plays. And these plays usually took place during the Christmas season. During such plays, people used the evergreen fir to represent the biblical tree of knowledge, with apples hanging on it to represent the forbidden fruits. Some trees, including pretzels, straw, nuts, wool threads, and apples, were used with decorations.

As the tradition grew in popularity, a Christmas tree market emerged, with the oldest market believed to have existed around the Southwest German border of Strasbourg in Alsace. This market was popular for its vast collection of unadorned Christmas trees. However, most of these Christmas trees were still used for outdoor play purposes. And it wasn’t until about 1605 that the first decorated indoor tree appeared in Strasbourg. This tree came adorned with decors comprising roses, wafers, apples, and different types of sweets.

How Did Christmas Trees Come To America?

Earlier German settlers had also created a community tree culture as early as 1747 – a practice they brought from their original German homes when settling in America. And although the Christmas trees were part of their celebrations while settling in America, most Americans only considered this practice to be pagan. Different American settlers refused to accept the practice of having Christmas trees in their homes because they believed it had nothing to do with Christ or with Christianity, for that matter.

The New England Puritans were one such American settlers. To them, religion was too sacred to accommodate practices like decorated trees during Christmas. In fact, William Bradford tried to weed out what he considered a “pagan mockery.” At the same time, influential figures like Oliver Cromwell campaigned against what they believed was a “heathen” tradition of decorated trees and meaningless Christmas carols. By the 19th century, the number of German and Irish settlers in America had increased significantly enough to undermine the then England puritans’ position. And the stern opposition to the use of Christmas trees began to fade.

By the turn of the 20th century, more and more Americans started embracing the Christmas tree tradition, decorating their homes and newly-acquired Christmas trees with different kinds of ornaments. The German-Americans, however, continued to observe the age-old tradition of hanging apples, marzipan cookies, and nuts on their Christmas trees. The advent of electricity saw the introduction of Christmas lights as part of the tree decors, allowing the Christmas trees to glow for days.

Although America was very slow to adopt the Christmas tree tradition, Queen Victoria and her German husband Albert had popularized Christmas trees in 1846. The royal couple appeared in a sketch in a copy of the Illustrated London News, standing next to their Christmas tree together with their children at Windsor Castle. Very little changed beyond what the German settlers already practiced in America, even though this sketch had a massive influence on people living within Europe. Americans had (and most still do) very little regard for the Queen’s influence – or any other influence for that matter.

However, American artists and civil leaders started portraying happy European middle-class families exchanging gifts under their Christmas tree (just like Queen Victoria had done in her sketch). They did this to replace certain Christmas traditions like wassailing, which they considered to have lost their value. Because the images most of these civic leaders and artists promoted focused on happy middle-class families, it had quite the intended effect on the American people.

But a popular poem by Clement Moore in 1822, known as the “Twas the Night Before Christmas,” popularized the Christmas tree tradition as well as the idea of a Santa Claus figure. American presidents Franklin Pierce (1804-1869) and Clavin Coolidge (1885-1933) played big roles in popularizing Christmas trees. President Coolidge, for example, started the National Christmas Tree Lighting Ceremony in the Whitehouse in 1923.

As the years went by, Americans began to embrace the Christmas tree tradition, adorning their homes with evergreen firs and presents. The rising Western effect and consumerism took over the American culture. Today, Christmas trees are a symbolic part of almost every American home, accompanied by carols and the exchange of gifts.

Christmas Trees Around The World

Globalization has allowed American culture to have a massive impact on the world. And once Americans began to embrace the Christmas tree tradition, Hollywood promoted it by releasing several Christmas movies. American musicians and songwriters also composed various songs about Christmas – and the rest of the world paid attention.

The result? The Christmas tree tradition has spread to millions of homes across the world. Today, there are tree lighting ceremonies in various parts of the world. And in areas where evergreens are not common or present, artificial alternatives made with plastic materials have become more dominant. Different countries in Africa, for example, opt for imported artificial evergreens adorned with different kinds of artificial decors. But whether in the cold of a white Christmas or the warmth of Africa, the Christmas tree tradition seems to have planted its seal on the entire world. 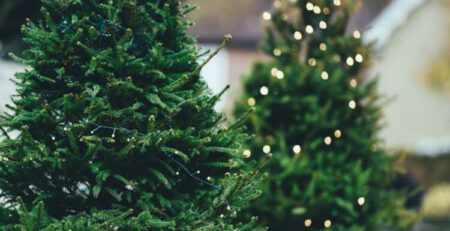 Christmas Trees You Can Replant!

Christmas Trees You Can Replant When the end of the festive period rolls around, many of us simply drag out our... read more

How Christmas Trees Started For quite a while now, there has been an open debate about the modern Christmas tree's origin.... read more 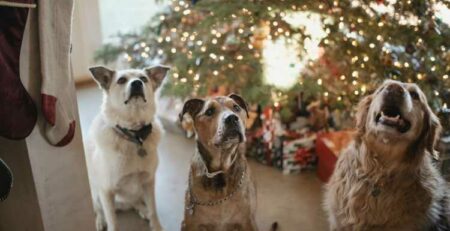 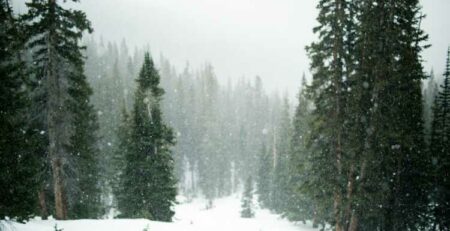 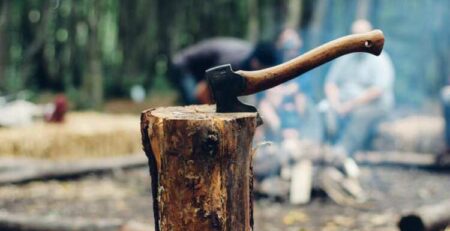 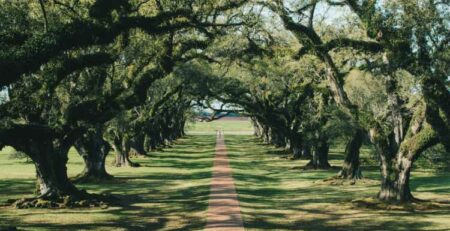